On a beautiful sunny day recently a friend and I decided to take our boys to the Olympic Swimming Stadium. Upon arrival we found our idea was not terribly unique, as the queue snaked out the door. 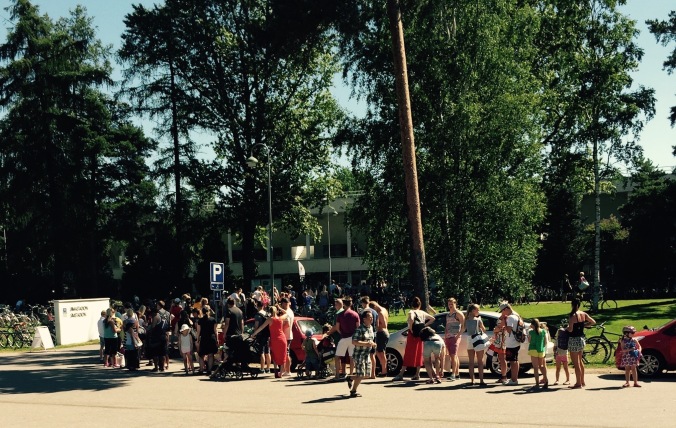 Once inside we had the choice of four pools – the main pool, a diving pool, a children’s pool & the wading pool.

We opted for the wading pool, which meant we could watch the boys without being in the water the whole time. There’s also a playground and a water slide, which you pay a small fee to use. 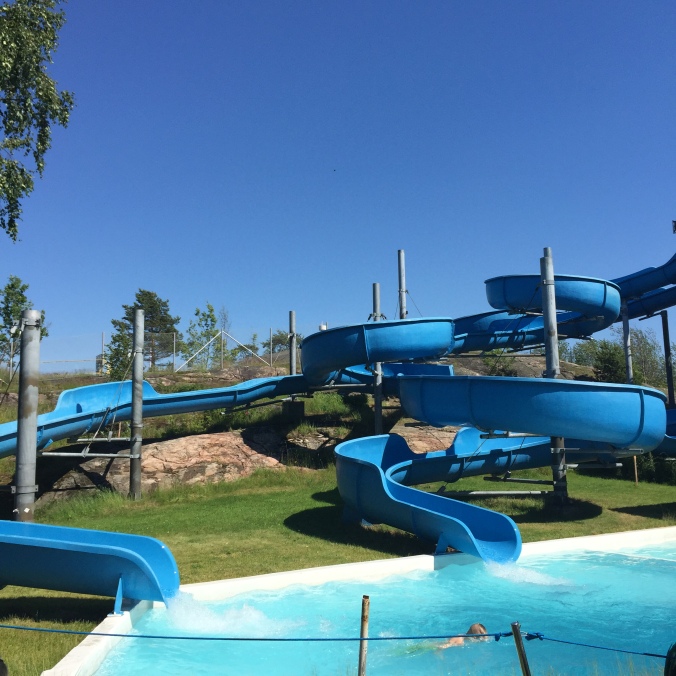 The diving pool was busy and an announcement was made over the loud speaker each time the highest platforms were opened for use.

The pools were originally built for the 1940 Summer Olympics, which were cancelled due to the war.The building was completed in time for Helsinki to host the 1952 Summer Olympics and the pools are now open each year from May – September.

I love the way the natural landscape has been kept, with rocks and trees providing places to lie and shelter. 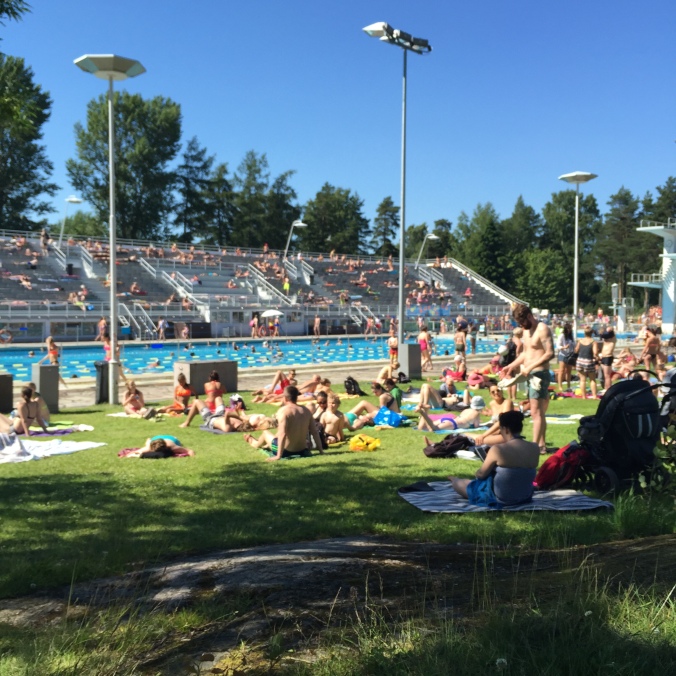 During the war the pools were used to store root vegetables and herring. Here’s hoping that sunny day wasn’t a red herring as we haven’t had such a warm day since.

With up to 5000 people visiting on a good day however, it’s not food you’ll be finding but the phenomenon of a warm crowded swimming pool that I call people soup.