Here’s a confession: I used to love watching beauty pageants. When Miss New Zealand was crowned Miss Universe and then went on to marry an All Black* I remember thinking ‘Could life possibly get any better than this?’ (it was 1986 and I was 8). 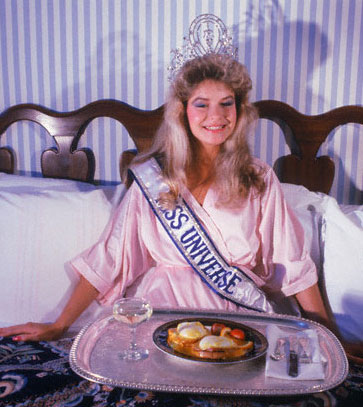 Lorraine Downes – she always woke up looking like this

So I quite like it when a person is selected from a group of applicants and not only wins but is given a crown. A crown! Which is why Miko and I braved the cold and went to see Saint Lucia last Saturday night.

The celebration of Saint Lucia is popular with Swedish-speaking Finns and is marked on 13th December. This was once thought to be the winter solstice and some elements of the festival still celebrate the bringing of light after the darkest day.

We met some friends and had dinner at the Christmas Markets before waiting with a large crowd for Lucia’s appearance. A TV screen in Senate Square broadcast the 2-hour service happening inside Helsinki Cathedral, including the crowning of Lucia.

Hundreds of girls apply to be Lucia each year and the winner is decided by popular vote after a panel selects the top ten. Lucia needs to be musically gifted and her role in Finland is to bring light, joy and good cheer during the long, dark Nordic winter.

After being crowned, Lucia descends the stairs from Helsinki Cathedral to her horse-drawn cart

The original Saint Lucia was born in 283 and there was an attempt made to burn her when she refused to give up her virginity to her future husband, choosing instead to devote her Friday nights to Christian scholarship. But Lucia did not burn and now wears a crown of lights upon her head. 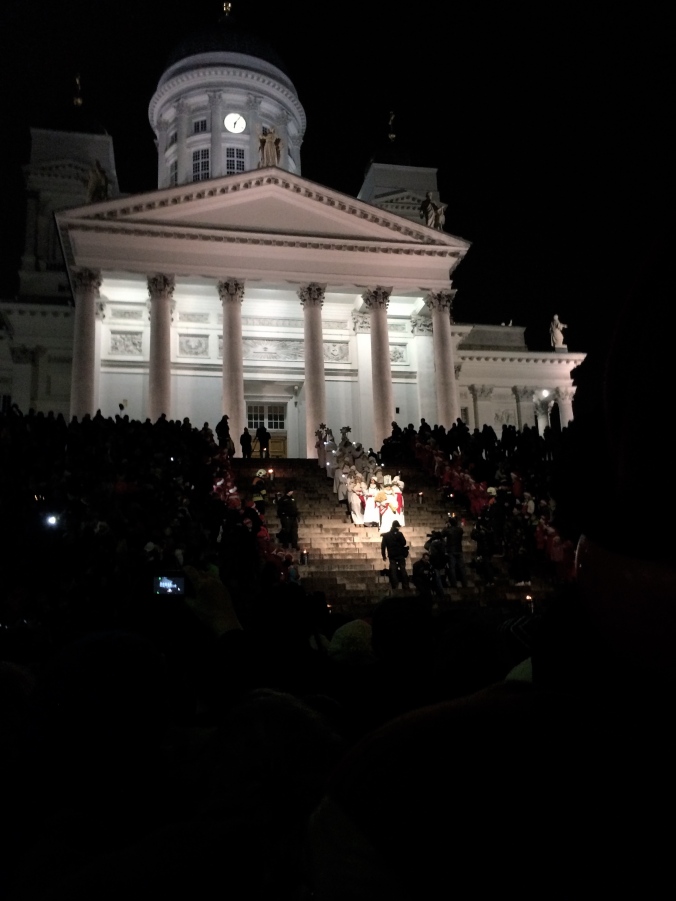 Another story credits Lucia with helping Christians that were hiding from the Romans and suggests her crown of candles is a result of needing to have her hands free as she brought food to them in the catacombs. So practical Lucia!

Modern-day Lucia is still associated with charitable acts and collects money to donate to worthy causes. 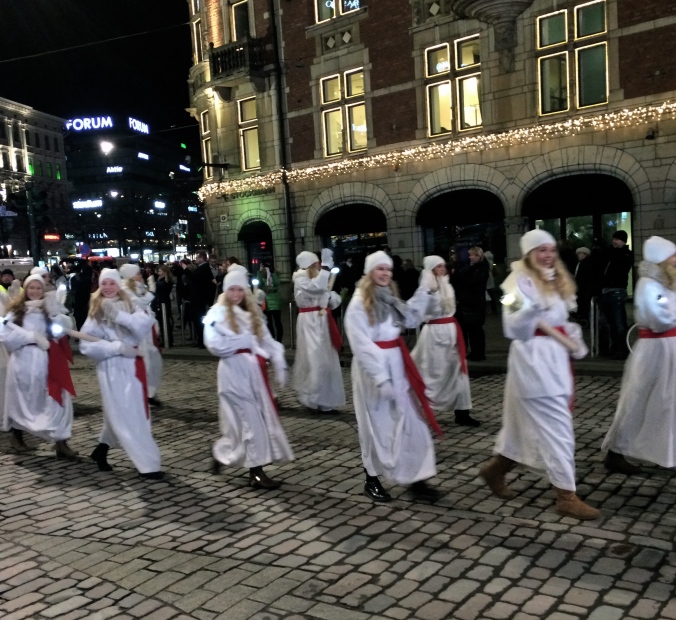 Whatever the reason for her crown of lights, it’s a good reminder to all Finns that there is light beyond the winter darkness, as Lucia and her followers parade through the cold December streets. (Yes I did squeal when I saw her).

And do I still watch beauty pageants? No. I guess you could say… I saw the light.

The Chosen One – This is Finland