Sea Buckthorn: I’d only ever seen it in hand cream before moving to Finland. Popular here, the berries are like corn kernels that pop in your mouth with a sour surprise. High in Vitamin C, the juice is popular and with omega 3, 6, 9, and 7 they are good for treating burns. And, it turns out, they do not grow in the sea as I thought.

Lingonberries are also common here and particularly popular over in Sweden. We knew of these from Ikea in Sydney where they sell lingonberry jam. High in Vitamins A, B and C the berries are also an essential part of the diet for bears and foxes.

Lucky for us, Finns love their condiments and stock more flavours of HP sauce than I’ve ever seen. Sinappi is mustard and is often sold in tubes. The flavours below (in Swedish) are mild, fiery (eldig) and strong (stark).

Karelian pies (karjalan piirakka) come, obviously, from the region of Karelia, and are sold everywhere. You can buy them in the frozen section of the supermarket and in most bakeries. I thought they were covered in cheese and garlic but unfortunately they are actually really plain and more of a vehicle for other toppings. Made from a thin rye base and a filling of rice, it is common to eat them with boiled egg mixed with butter or a slice of cheese and gherkin. 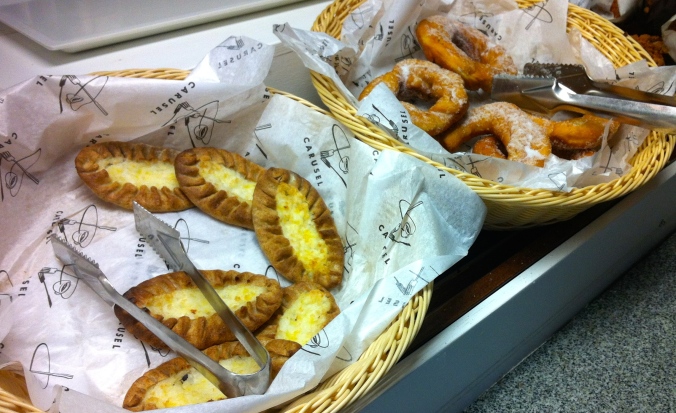 There’s a huge sweets section at our supermarket. Läkerol is a Swedish brand of pastilles, founded in 1909. The name “Läkerol” comes from the Swedish word läka, which means heal. They come in many flavours, depending where they are sold, such as smoked liquorice, peach tea and chicken tikka masala. 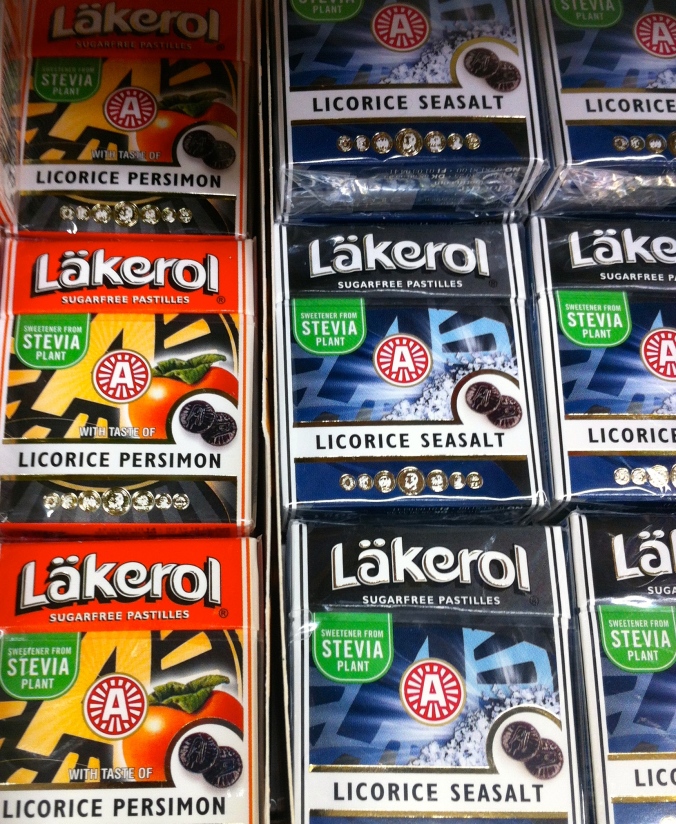 Salvi apparently comes from salmiak (salty liquorice) and violets. So basically, salty flowers. It is an acquired taste and one I won’t be reaching for, but it’s good to know that if we are missing home they also come in Kiwi Passion.