The sun shone brightly on a fabulous riot of colour and sound at the annual Helsinki Samba Carnival yesterday. Smoke from Brazilian BBQs filled the air in Senate Square and mingled with the beating of drums as last minute touches were made to dancers outfits. 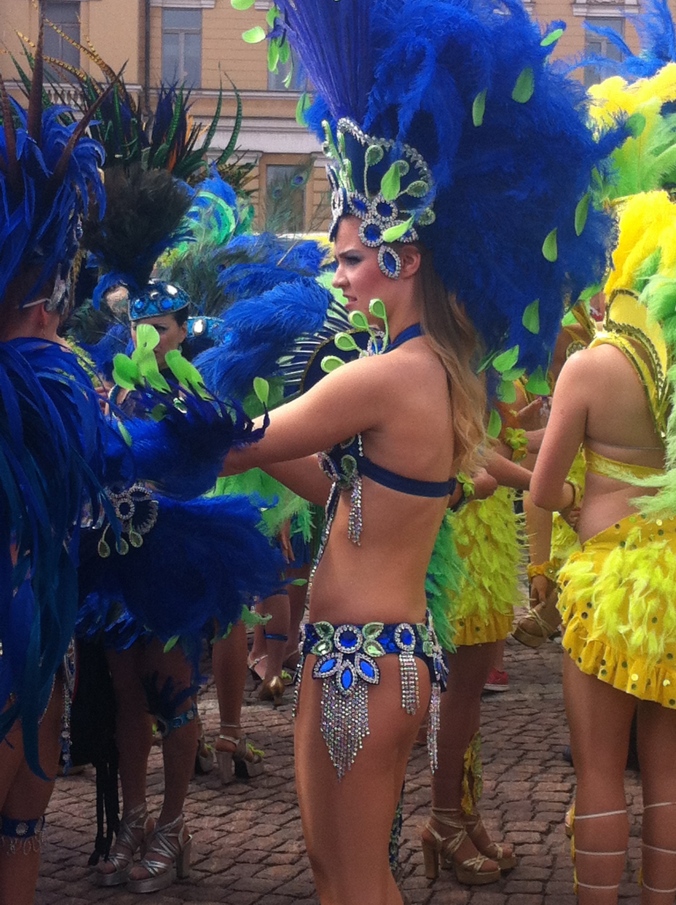 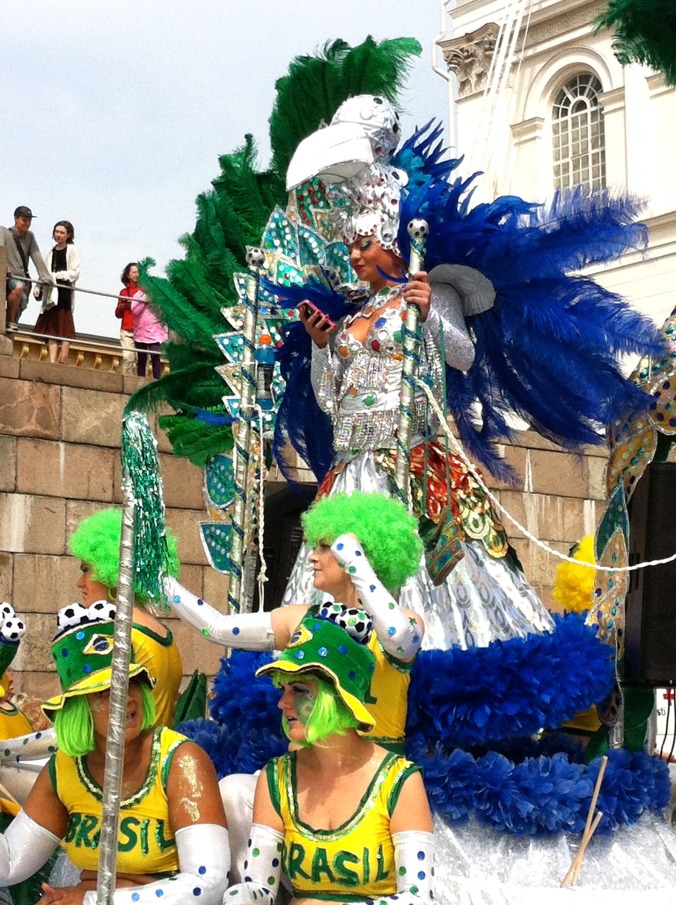 An estimated 30,000 people lined the streets to watch members of Finland’s samba schools sashay and strut their feathers in a parade that lasted nearly three hours. It was the most alive the city has felt since we arrived and the crowds cheered, clapped and blew whistles in appreciation. 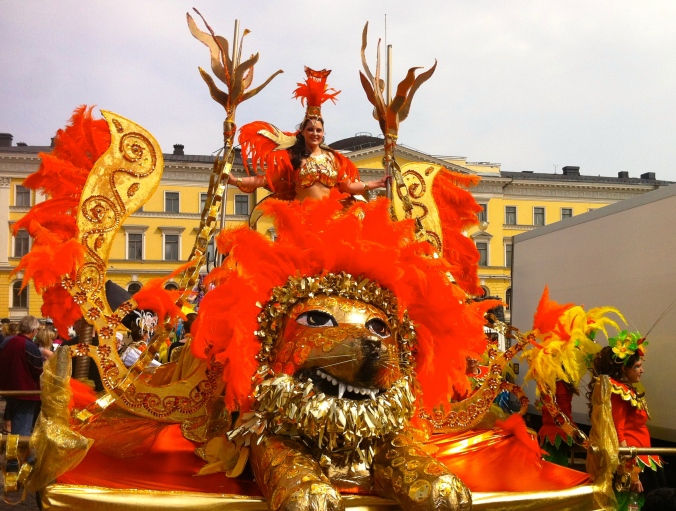 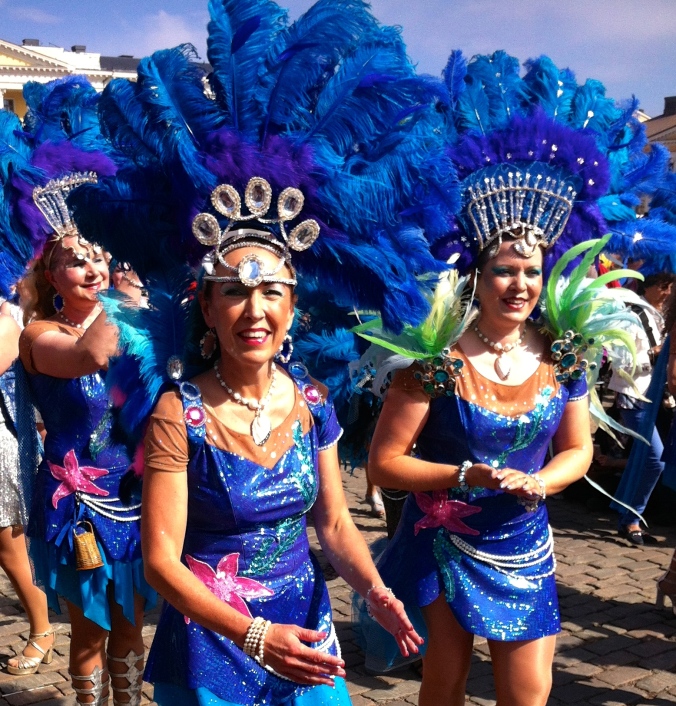 World Cup fever has taken hold and footballs featured in costumes while young boys wowed the crowds with their ball skills. 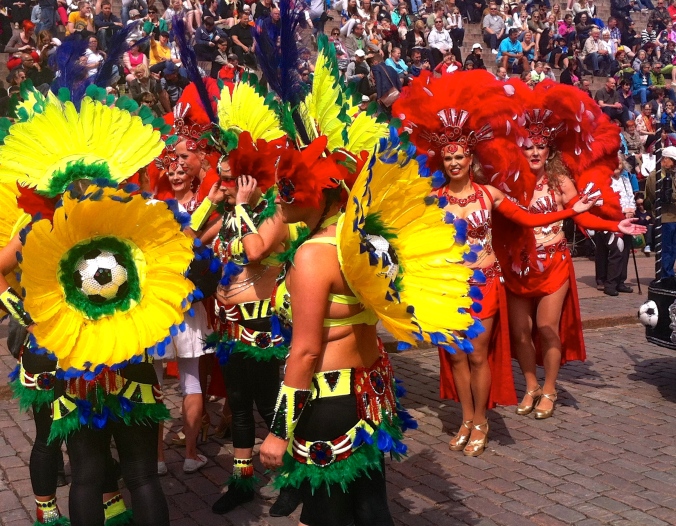 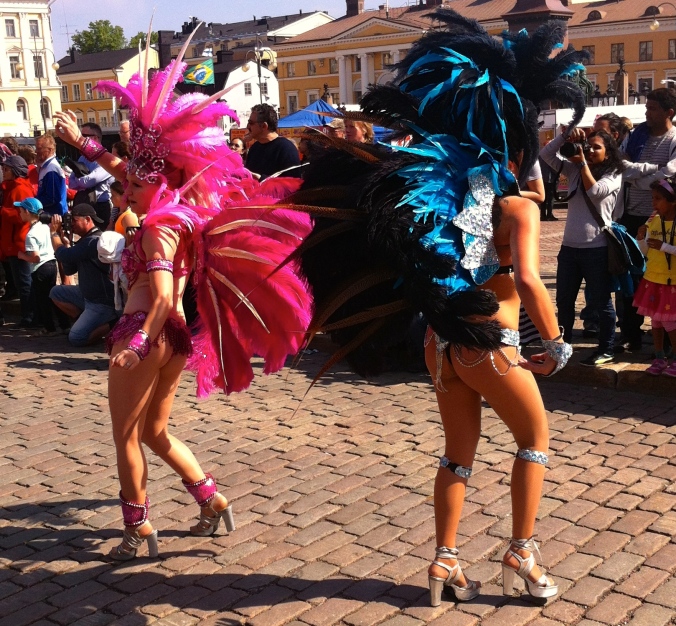 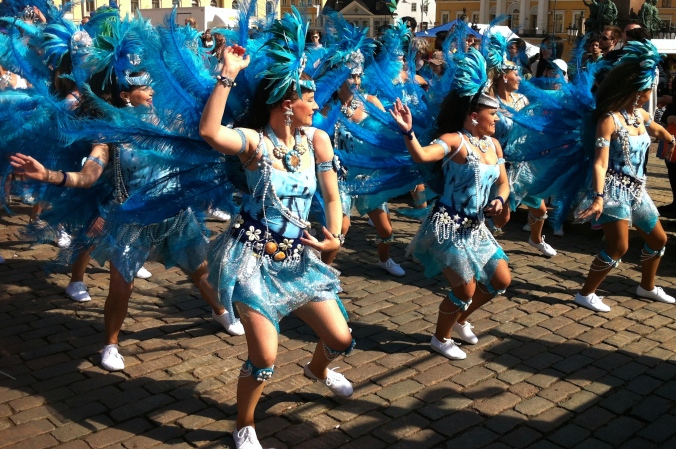 Babies and children, men and women of all ages and abilities took part in the parade. Music was provided by groups of singers and musicians on the back of trucks that formed part of the procession. 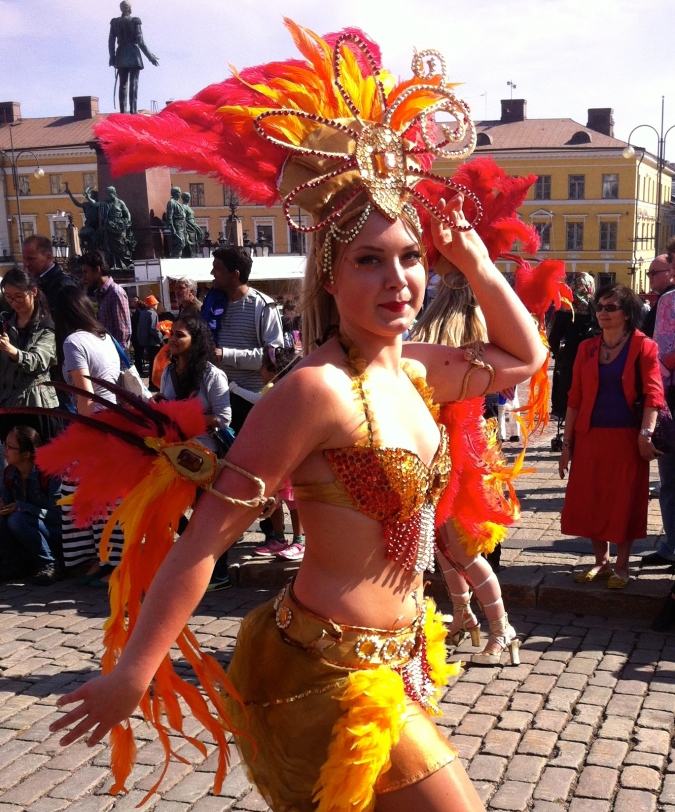 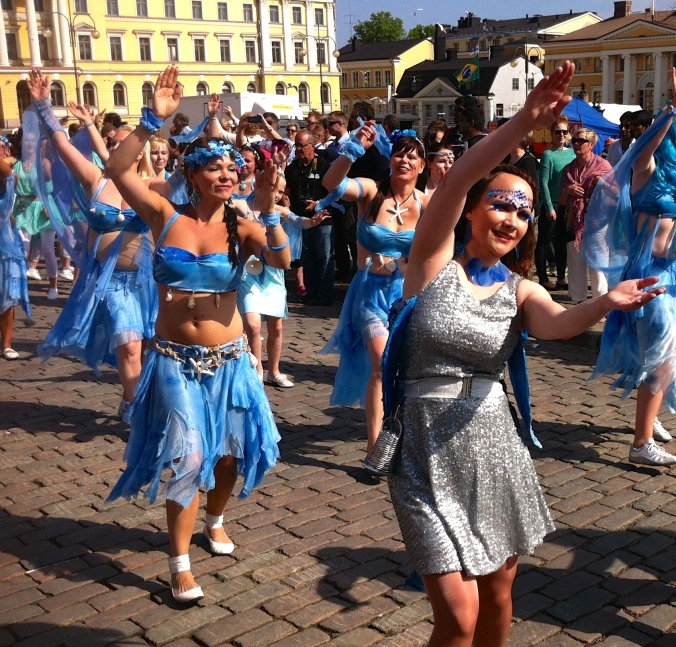 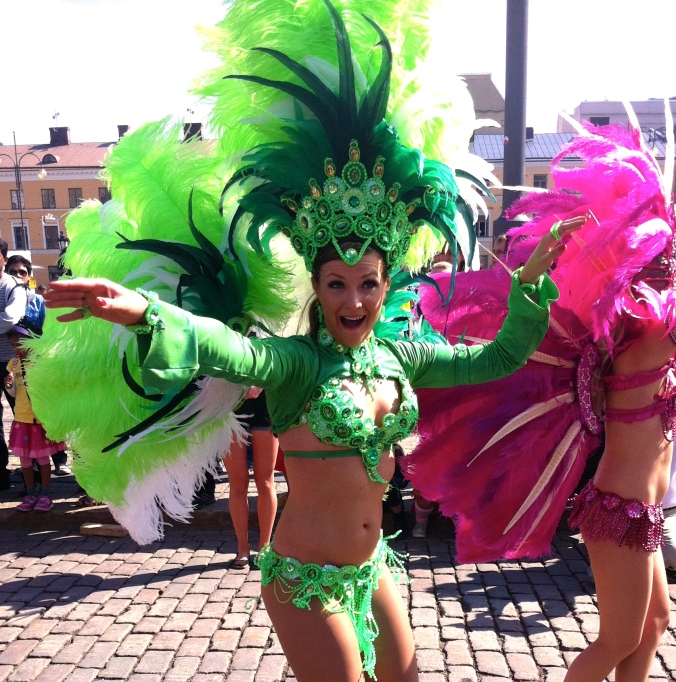 I met up with the boys after Miko’s nap and he couldn’t wait to ask me, had I seen the peacocks dancing in the streets? 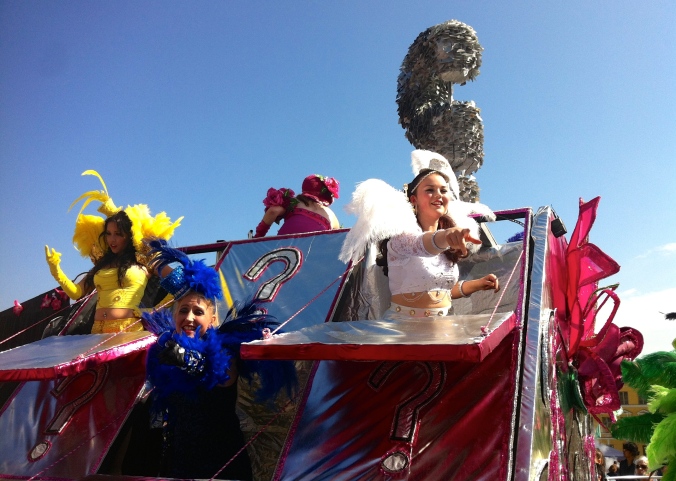 5 thoughts on “Sunshine and Samba” 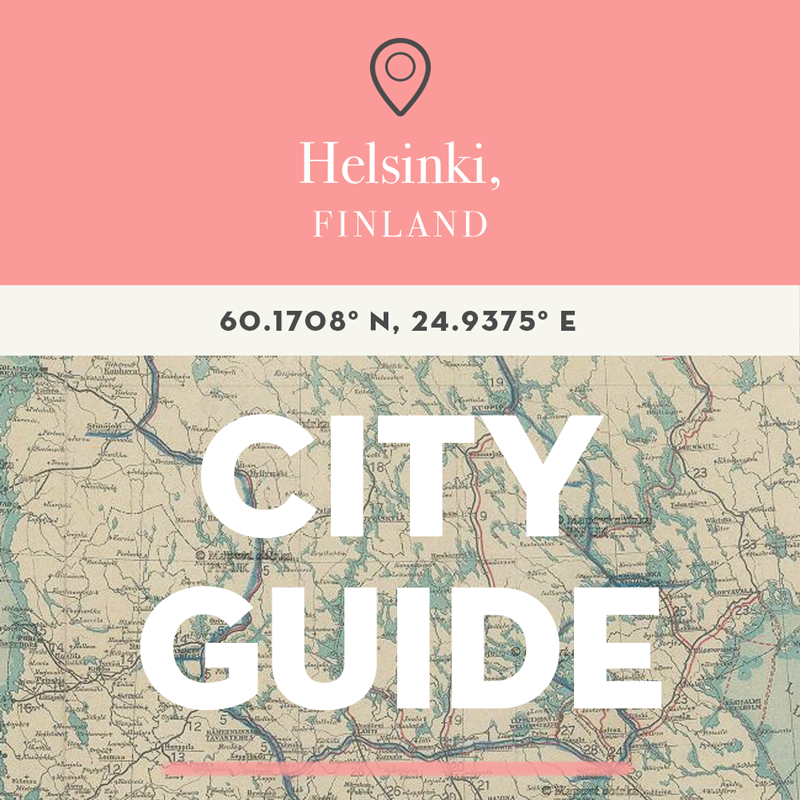