Cafe Regatta is just north of the city of Helsinki but a world away from our apartment in the Design District.

Situated on the water’s edge the first thing we noticed as we approached was the smell of the wood fire pit outside. Sausages are for sale at the cafe that you can grill while you sit on the reindeer-pelt covered seats. 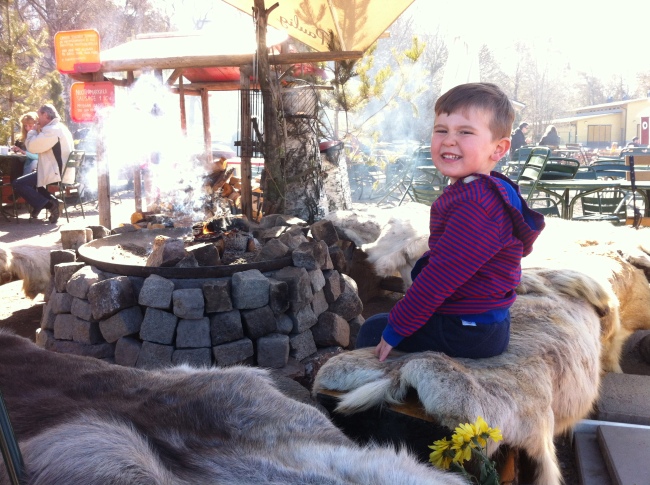 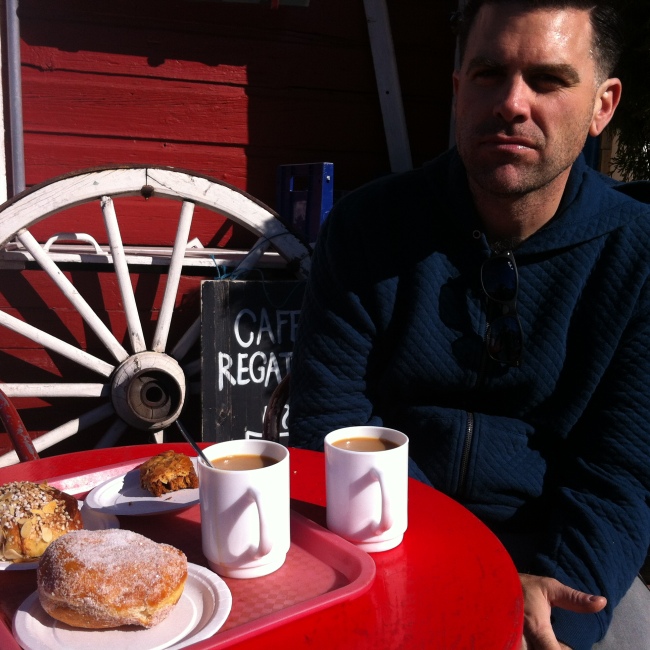 We opted instead for a cup of kahvi (coffee) and some beautiful homemade pastries. I had a jam filled doughnut and Jonny had a soft cinnamon roll with cardamom in it. It was so good we shared another with a second cup of coffee.

Although only set to reach a high of 14 degrees, the sun was warm and there were signs of spring everywhere. 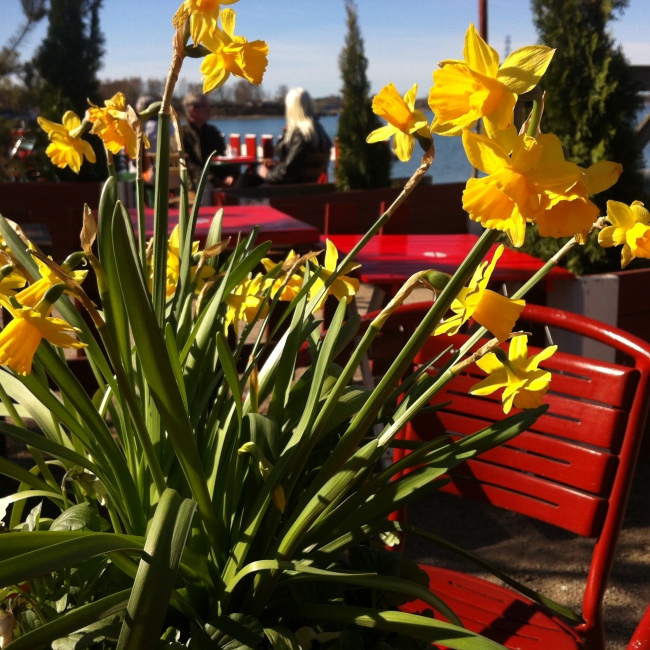 Despite appearances, we were so close to the city that we walked home. Not a bad idea after that second round of pastries. 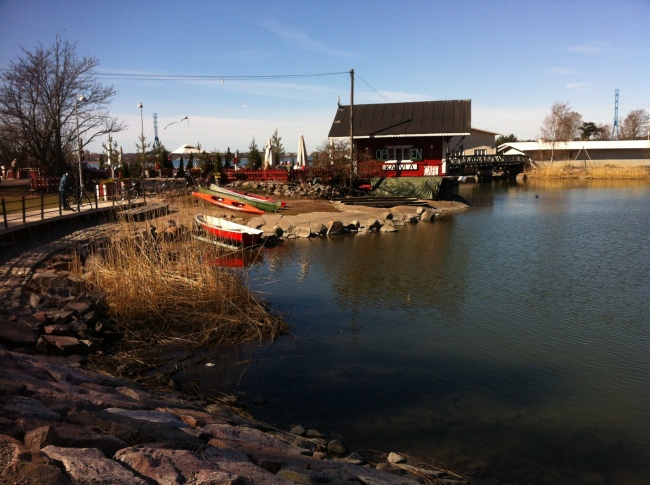