The Baltic Herring Festival is one of Finland’s oldest events and has been running in Market Square since 1743. This year from 5th -11th October the event was held for the 272nd time.

The festival is made up of stalls and boats that are moored close to the steps leading down to the water. Vendors sell their wares directly from the back of their boats and in some cases you can eat lunch onboard.

For sale was herring in an array of marinades and sauces. There were also delicious homemade pickled beetroots and gherkins on offer.

It seems most the vendors had travelled from the Åland Islands, an archipelago off the coast of Finland near Sweden.

The produce all seemed to come straight from the land and included crunchy fresh apples, sea buckthorn berry sauces and jars of honey. 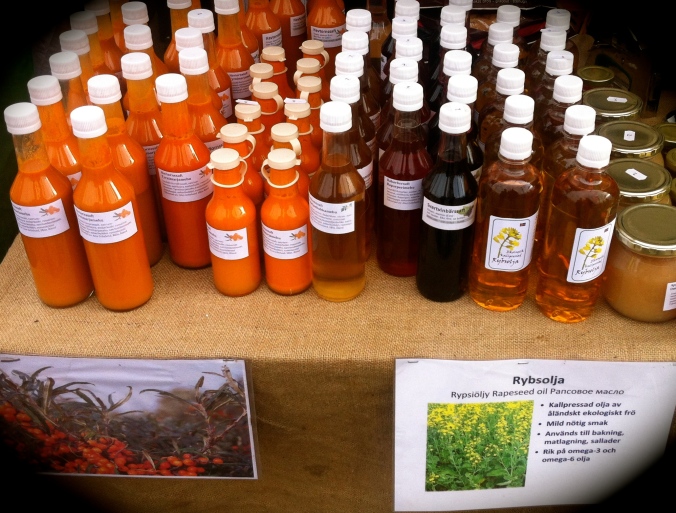 The Åland Islands lie between Finland and Sweden. More than 90% of the population live on Fasta Åland and there are another 6,500 skerries and islands to the east, one of which shares a border with Sweden. In 1921 the League of Nations decided that Finland could retain sovereignty over the Åland Islands but they should be made an autonomous territory. Residents have therefore retained the right to keep using the Swedish language and their culture and local traditions are protected.

For those of us visiting the markets this means the vendors also brought with them the darkest rye bread I’ve ever seen, which is made with malt.

It has an almost sweet, raisiny taste and can be eaten just with butter. 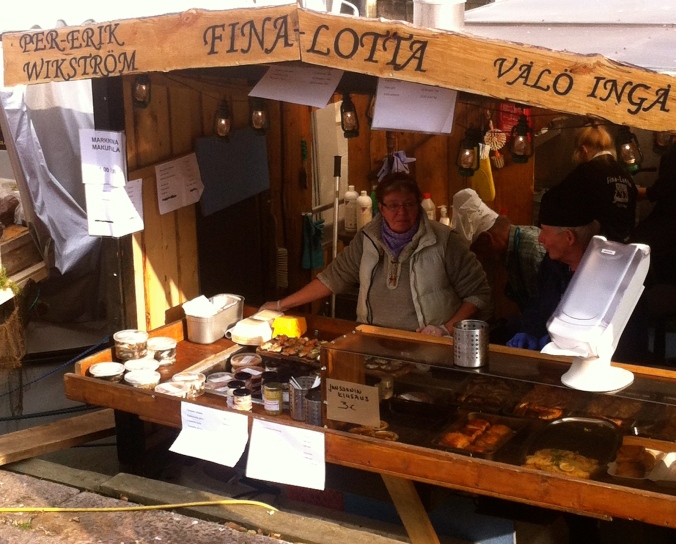 It was a blustery day that we visited the markets, about five degrees and there was a very cold wind coming in off the Baltic Sea.

We eventually had to retreat into Old Market Hall for hot seafood soup and bread. 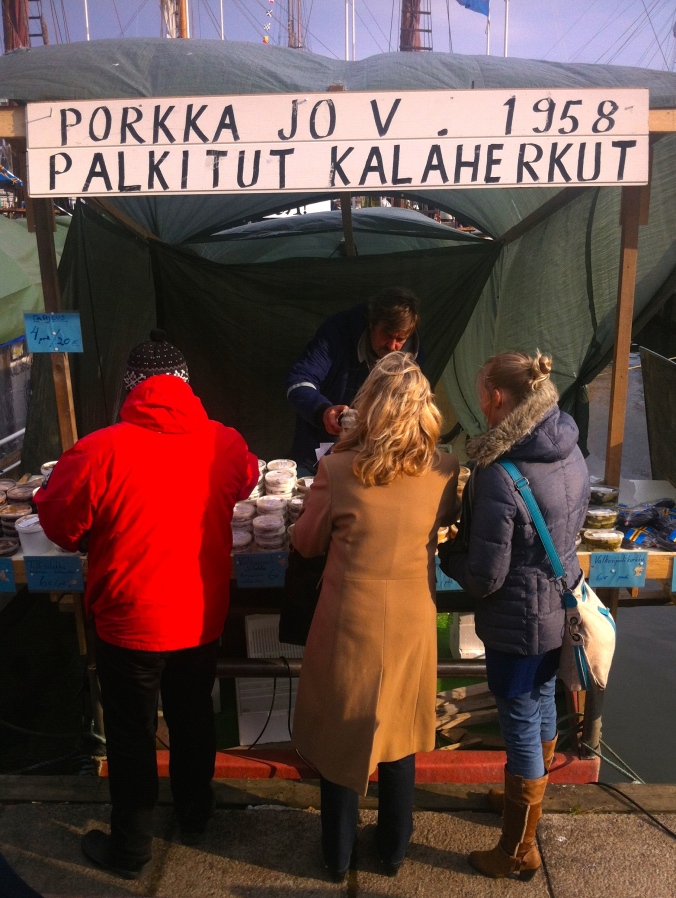 We ventured out again though after warming up and brought home rye bread, gherkins with chilli and punajuuri (beetroot) for dinner.

For me, herring is an acquired taste but with the markets having such a long tradition I suppose I’ve got all the time in the world to get used to it.