While Finnish people do feel emotions, they don’t tend to express them as often as we do in New Zealand or other parts of the world.

In fact, my Finnish friend told me she finds it over the top when foreigners express their love for inanimate objects like coffee, or a town they have only visited once. 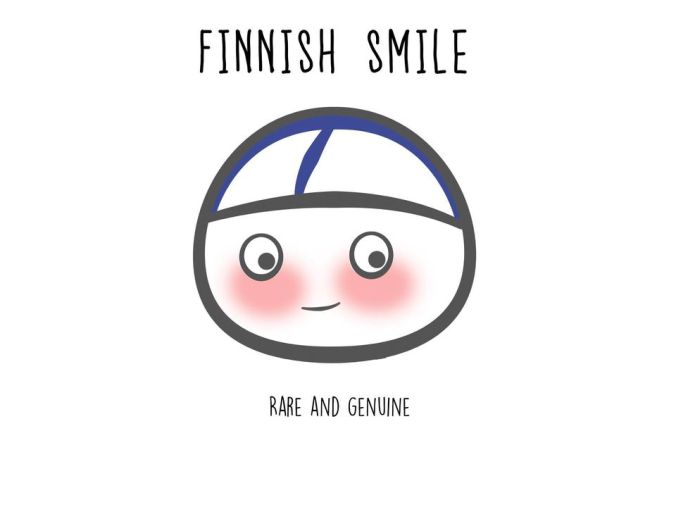 So, I’ve already told you that I love Kiasma and I’m sorry, but I’m going to say it again. 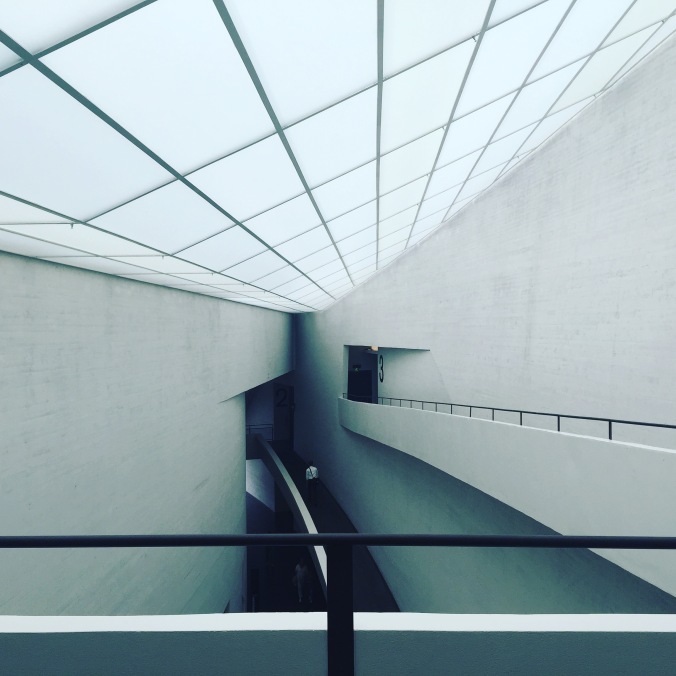 Miko and I visited Helsinki’s museum of contemporary art on a cool and wet summers day recently and really enjoyed (loved?) the interactive exhibitions.

Happy Together by Choi Jeong Hwa runs until September and features colourful, tactile pieces for adults and kids to enjoy.

The works of Brazilian artist Ernesto Noa are so big you are encouraged to move inside them and to lie down in his giant crocheted hammocks. 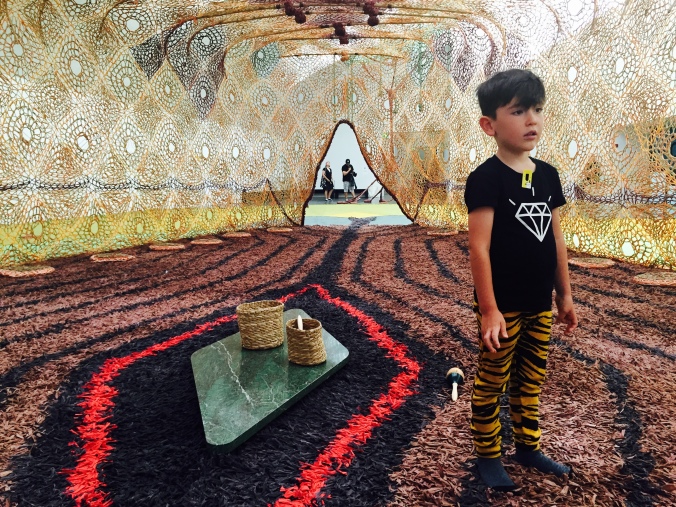 There’s also a room of scents, held in beautiful earthen jars. We had fun guessing and recoiling as we sniffed our way down the row.

We spent a couple of hours looking around, which is quite good for my four-year old companion, before descending to the cafe on level one.

I had my usual favourite, the Moroccan haloumi salad, but not before gushing to the waitress, ‘I love this salad. I think about it all the time when I’m not here.’

To which she returned a small polite smile and no doubt wondered at my over the top confession of feelings for these inanimate objects.

I was gifted a Museum Card a while back and recommend it for anyone interested in visiting museums. Pay 59€ once and receive free entry to 200 museums in Finland for one year.

Over a couple of drinks last week we realised our friend Frida was going home to Porvoo for the weekend, the very town we were planning to visit. Just 50km east of Helsinki it’s an easy bus-ride away and Frida offered to be our tour guide. 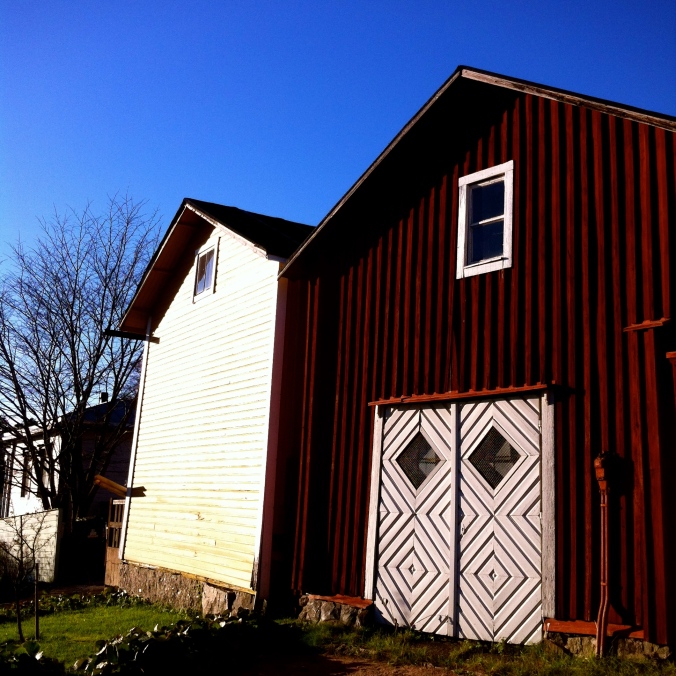 Porvoo is Finland’s second-oldest town and was given city rights sometime around 1380 – which blew my mind because it is believed that the first Polynesians only arrived in New Zealand around 1300.

It was a beautiful, blue-sky day but fresh at only zero degrees. We wandered around the Old Town and visited an amazing toy shop; a quick poll revealing that yes, Miko and I agreed this was the best toy shop in the world. 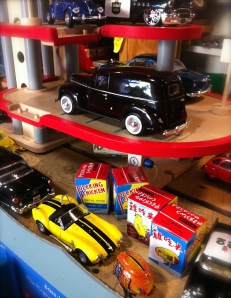 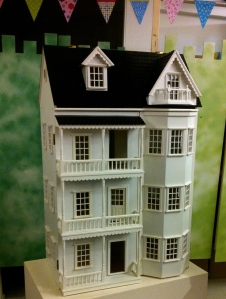 We stopped by the home of national poet, Johan Runeberg, a Swedish-Speaking Finn. Frida regaled us with tales about how he devoted a good part of his later years to drinking, which led to his wife writing most of his work and him returning home one night so inebriated he drove his horse and cart straight into the river.* 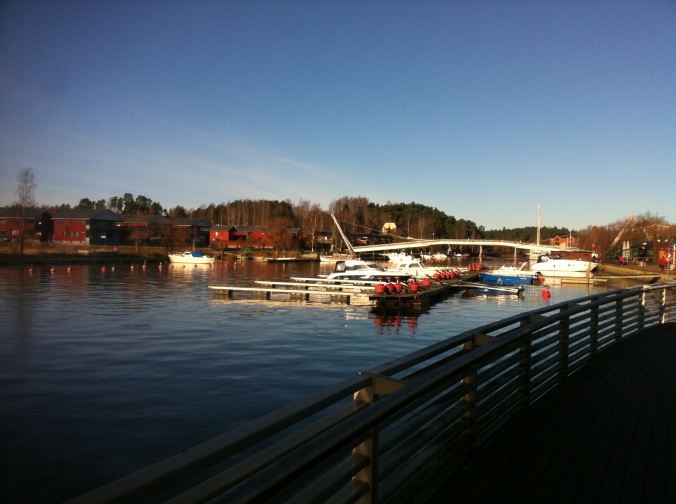 Frida also answered my questions about Swedish-speaking Finns as Porvoo is a bilingual city and our visit coincided with Swedish-speaking Week. For some reason it’s hard for me to get my head around but she was very patient, even when I asked her twenty minutes later, ‘So when did your family arrive in Finland?’ to which she reiterated that they are Finnish, not Swedish, they just happen to speak Swedish (and Finnish and English). 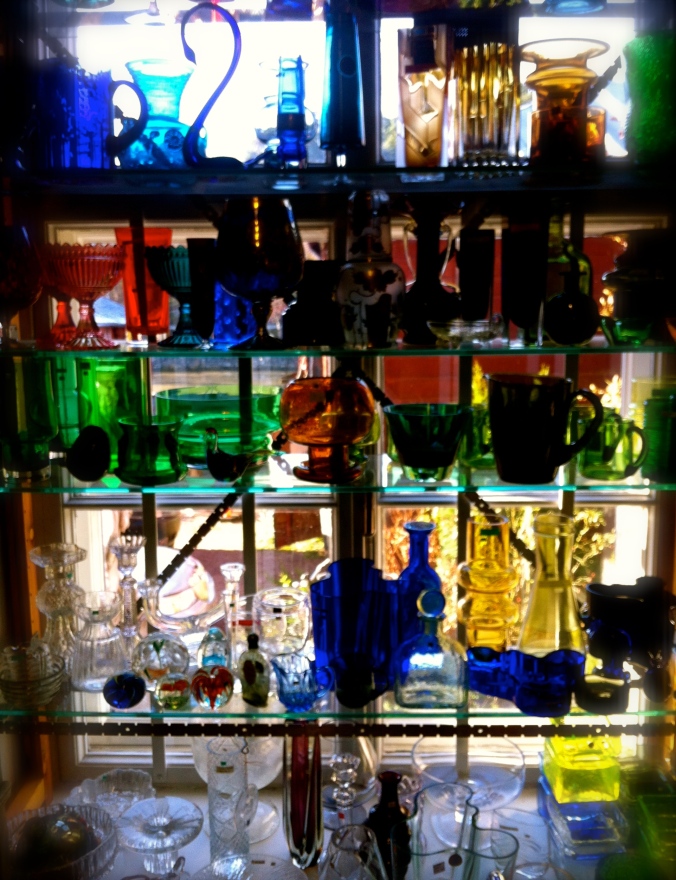 The Old Town has some great shops to visit, including antique and design stores. As we looked for lunch we noticed snails feature on many of the menus but opted instead for pizza and risotto in a warm restaurant.

After lunch we headed to Porvoo Cathedral which Frida told us had recently had a fire in the roof. The man who was found to have started it was rewarded with a lengthy jail sentence*.

We walked back down the hill through streets lined with old wooden houses, peering into windows (me) to admire reindeer pelt-covered seats set in front of warm fireplaces. I stopped in at vintage store Doris & Duke and bought some snowflake leggings while the others huddled outside.

The paint on some of the buildings is red ochre and so old that it will leave a powdery substance on your hands when touched.* We dutifully rubbed the outside of people’s houses to see if we could remove some of the paint ourselves. 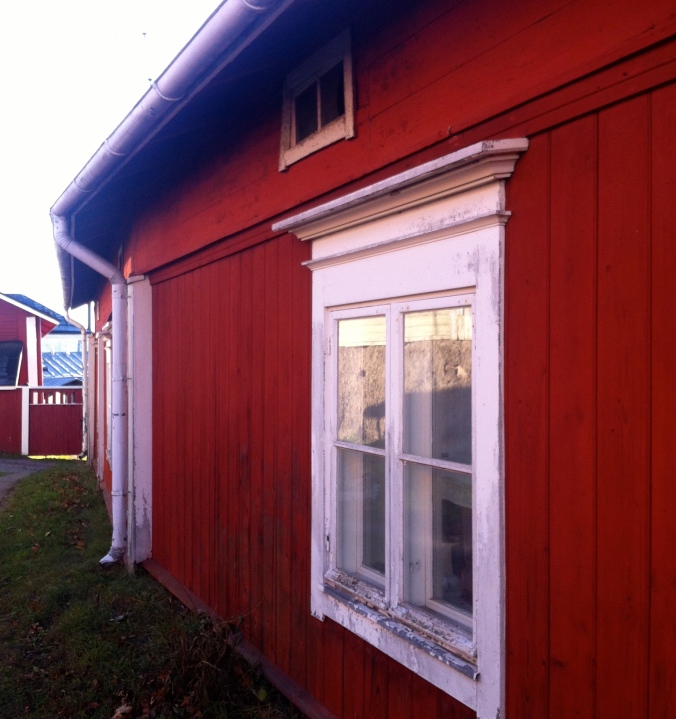 After all this walking, snooping and rubbing it was time for a treat and so we stopped in at Helmi Cafe which is one of those cafes you often find in small Finnish towns. It’s as though you have entered someone’s private home as you wander through connecting rooms until you find the place you want to sit.

In honour of Frida, Johan Runeberg and Porvoo itself we finished our tour with a round of Runeberg tortes – a fine way to complete our cultural exchange and more fun than riding into the freezing river. 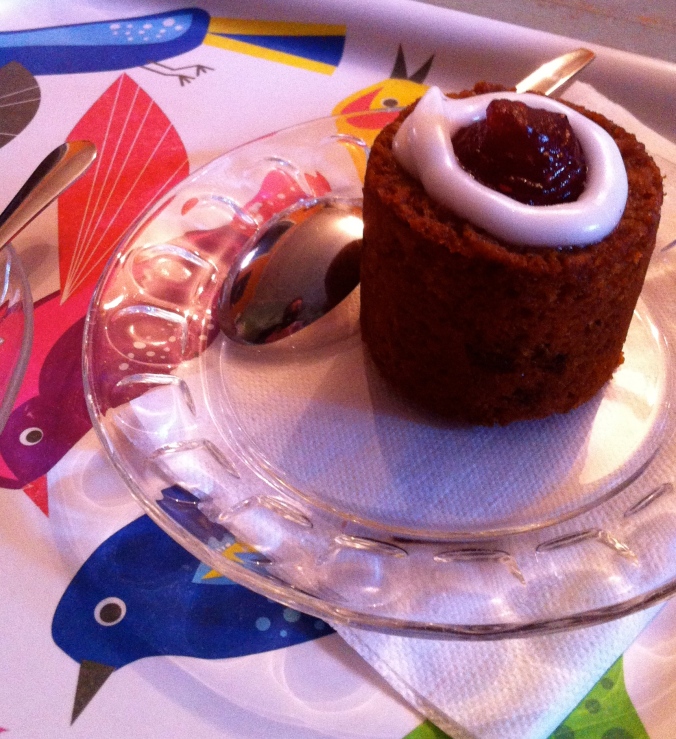 With syksy (autumn) in full swing, the temperatures in Helsinki are dropping and the wind coming in off the Baltic Sea is more effective at waking you up than any cup of coffee you’ll ever have. Today’s temperature is forecast to be a ‘high’ of 8 degrees, but reportedly feels like 5. 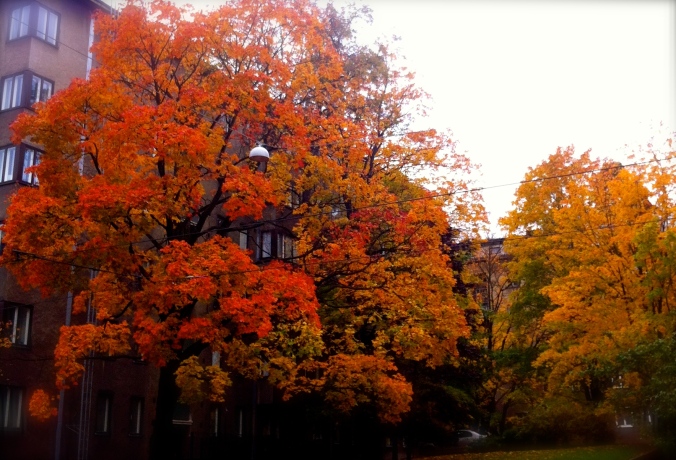 It has become evident that with autumn days here being as chilly as the coldest days in Auckland, my ‘winter jacket’ is now my ‘autumn jacket’, as the mercury has a long way to drop yet. With no hot springs around and bath tubs very rare, I’ve had to find a new way to really warm up. 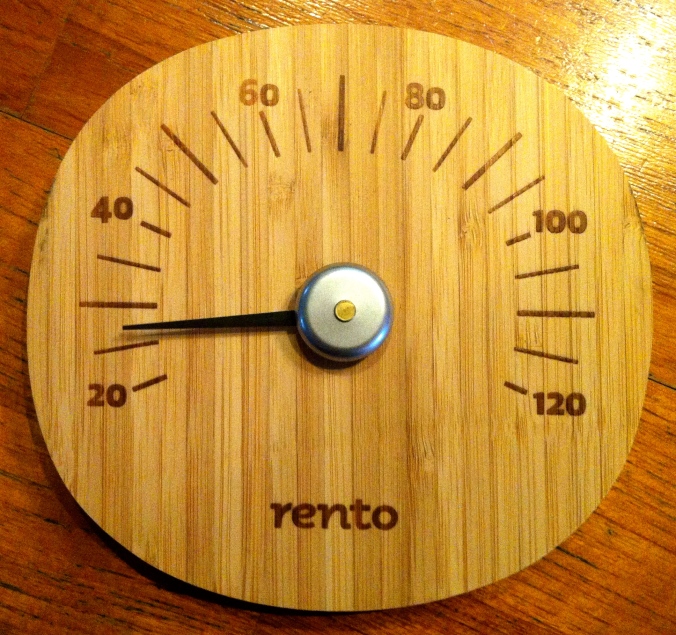 Luckily we have moved to a country where sauna culture reigns supreme. Pronounced sow-na, sauna is one of the very few Finnish words to be incorporated unchanged into the English language. Finland is home to 5.3 million people and 3.3 million saunas and we are lucky enough to have one in our apartment. You could safely say that every home and summer cottage has one and if our apartment didn’t have its own, it is highly likely there would be a communal one downstairs that we could book or use during the allocated times for men and women.

Our sauna measures just over 2m x 1.6m and is so well insulated that even when switched off the temperature sits at just below 30 degrees. It has three levels of seating and can fit 2 or 3 people quite comfortably. It is heated by an electric heater, or kiuas, that takes about 20-30 minutes to reach 80 degrees. On top of the heater sit sauna rocks and amongst them is a little Saunatonttu – or sauna elf we were given as a gift. In Finnish lore he is to be respected and will not tolerate behaviour such as eating, arguing or sleeping in the sauna. There is an old Finnish saying, “saunassa ollaan kuin kirkossa,” – one should behave in the sauna as in church. 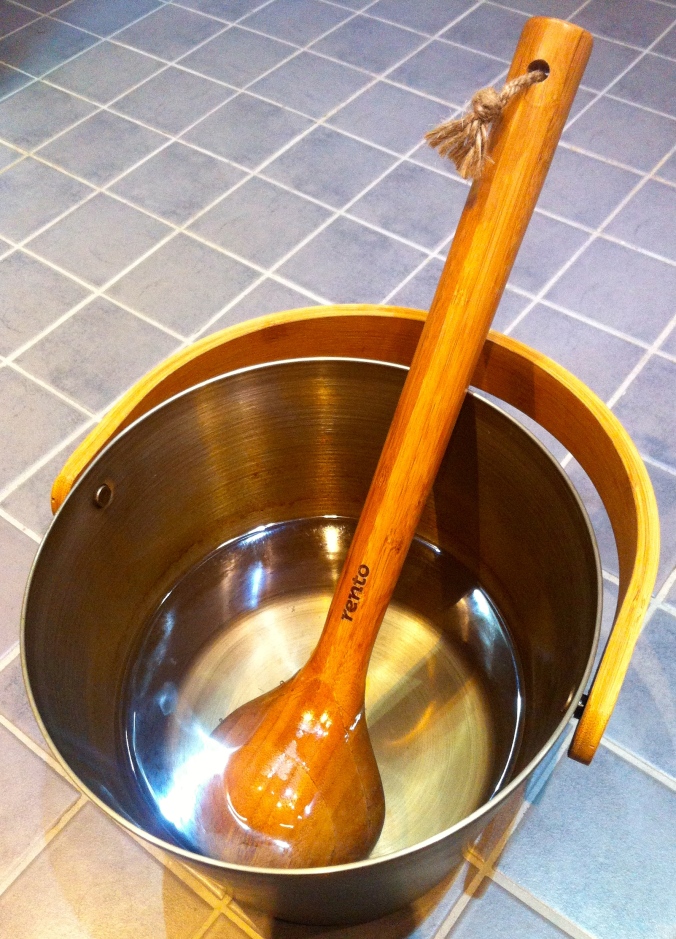 Contrary to everything we were taught as children in New Zealand, not only is it okay to throw water on the heater, it is encouraged. The steam that comes off the rocks is called loyly – a word that can be traced back to having a similar meaning to spirit, life or soul. Each sauna’s loyly is unique and it really gets the sauna experience started by instantly raising the temperature in the room. 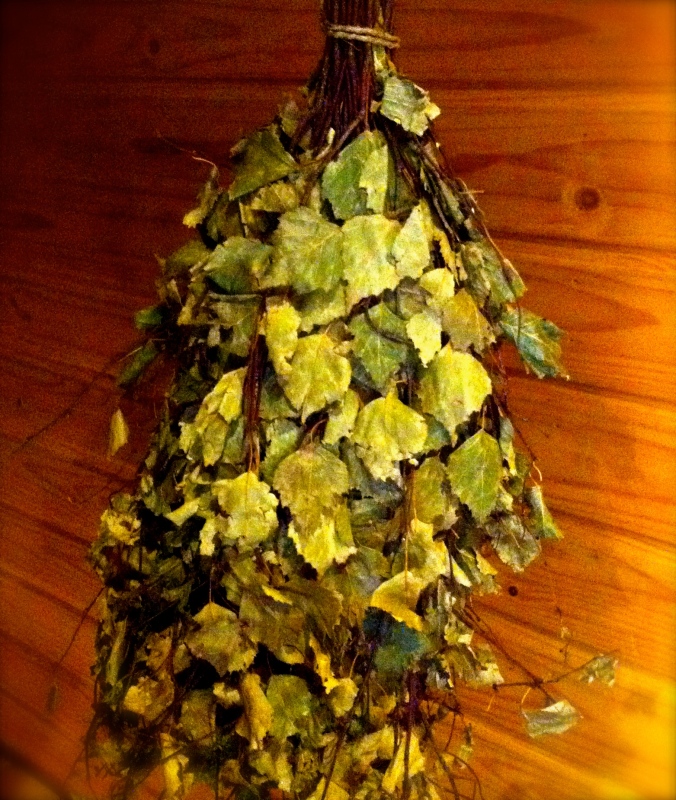 To enhance circulation we have a long-handled brush that we can scrub ourselves with, or we take turns hitting each other with the vasta – a purpose-made bunch of birch branches bound together and available at all good sauna supply stores. There are sauna specialty shops around the place and the big name stores like Stockmann and Antilla will always have a sauna supply section within the homewares department.

We were also given a range of sauna fragrances, which we add to the water that we throw on the stones. This range includes Eukalyptus (eucalyptus), Koivu (birch), Savusauna (smoke sauna) and Terva (tar). These oils do more than just fragrance the room though – they really add to the cleansing experience and are beneficial in the same way aromatherapy or steam inhalations are. In fact, the sauna used to be where women would give birth and the dead were washed before burial, as it is often the cleanest room in the house.

There is so much more to say about sauna and sauna cutlure here in Finland and with winter approaching I’ll be doing loads of research! The heaters in our building haven’t been turned on yet so if the temperatures keep dropping and the wifi’s good enough I might have to make my next post from there!