One of the things I like best about living in Helsinki is not having a car. It means we are outside everyday experiencing the weather – even when it’s been -18°c and now when it’s warm (1°c) and slushy.

The snow dampens most sounds and the birds all flew south long ago so it’s pretty quiet out.

It is nice to have some indoor options though, and to see some wildlife, which is why we recently visited Helsinki’s aquarium. 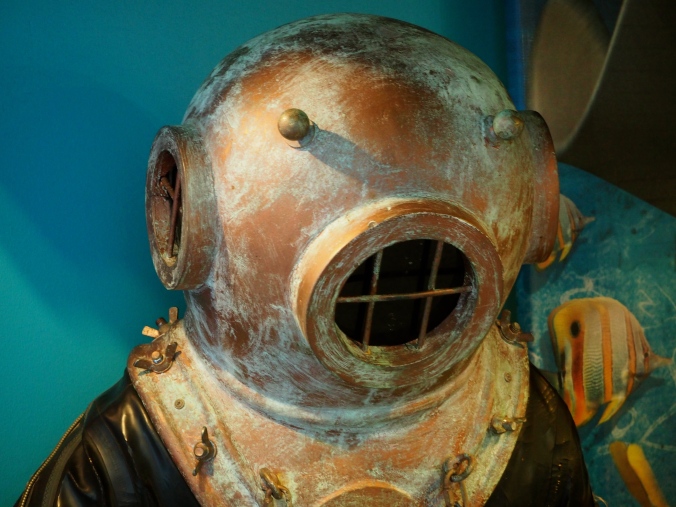 Tucked behind Linnanmäki Amusement Park is Sea Life – promoting itself as an alternative to the snow outside and like ‘a visit to the tropics’. 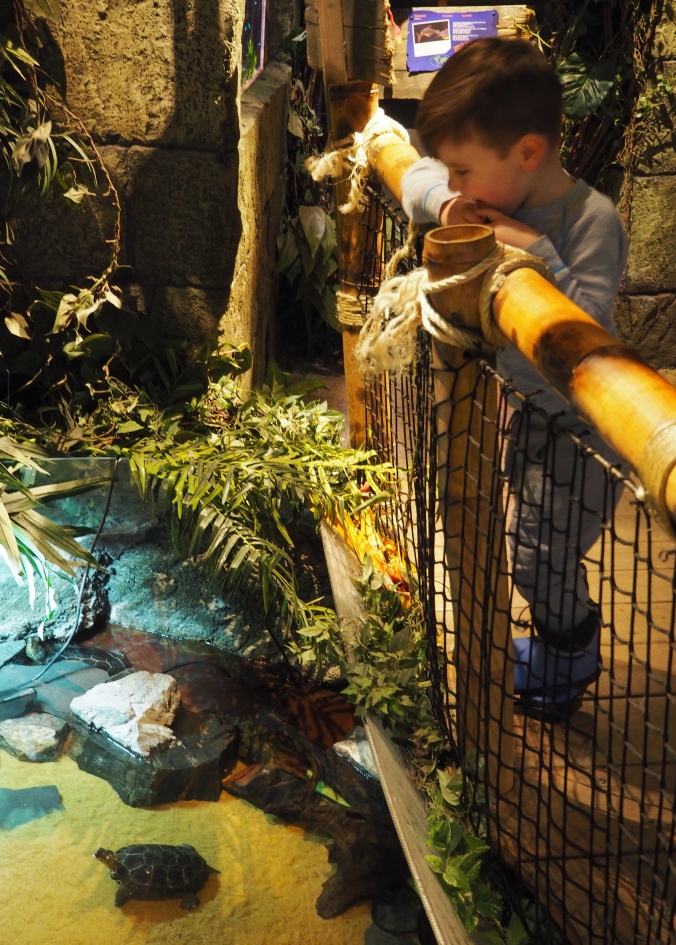 That might be pushing it a bit far but it was nice to be indoors looking at all the fish and crustaceans in a cosy environment.

Miko loved the turtles and all the colourful fish, as well as spotting a huge white python and tiny little rainforest frogs. 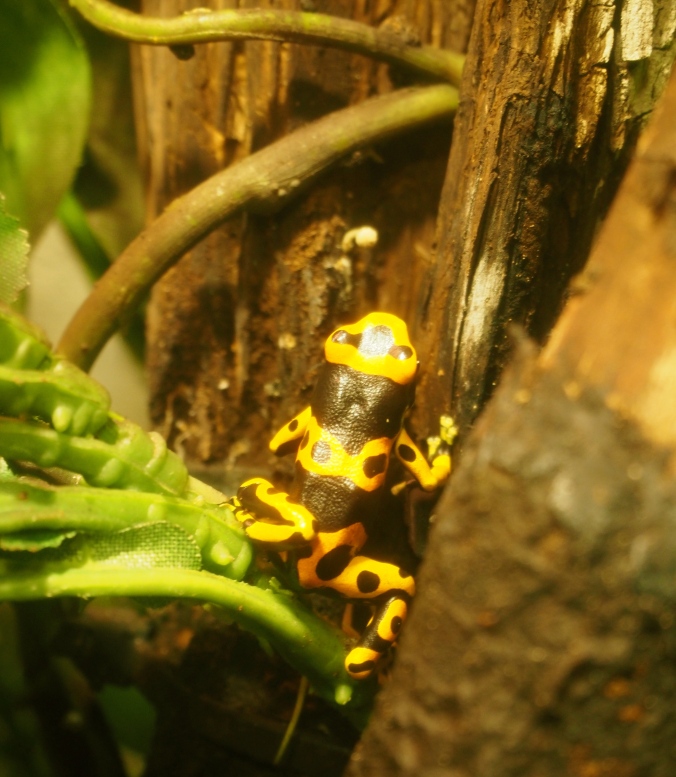 Soon we came to a clearing where dinosaur bones are hidden in sand. This suited Miko very well, as apparently he used to be a palaeontologist in Africa. (It must have been a while ago though because he still needed some help with the brush). 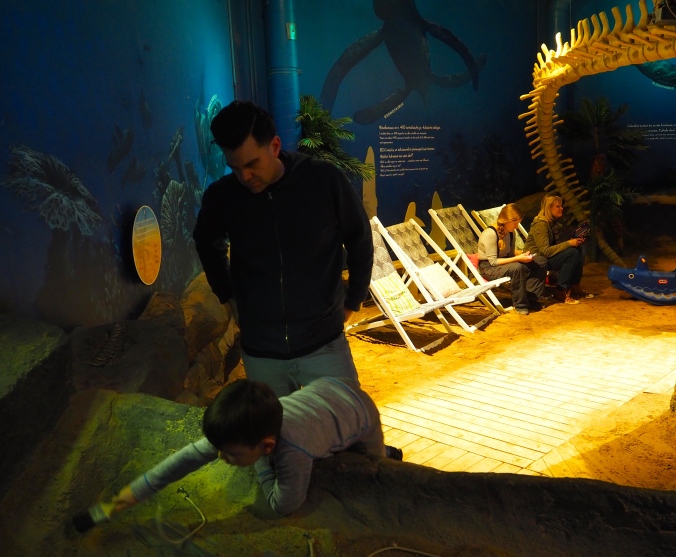 There’s also a big sandpit and deck chairs for the parents to sit in on their ‘tropical’ holiday – no cocktails or cheap massages though unfortunately.

A big blue groper watches over the exit as you move on to the next section. Here you can find ‘baby’ fish and sting rays in little nurseries inside the bigger tanks. 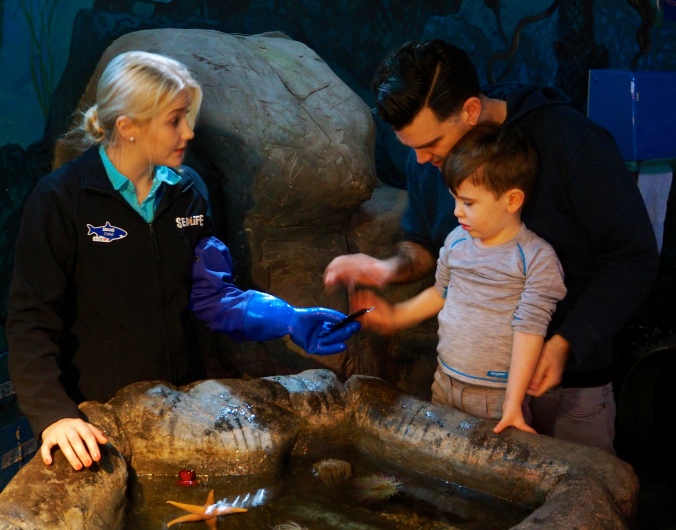 At the rock pool Miko got to hold a shark’s egg and the discarded skin of the previously mentioned python. Then it was on to the gift shop where he used some coins from his money box to buy a plastic lobster. 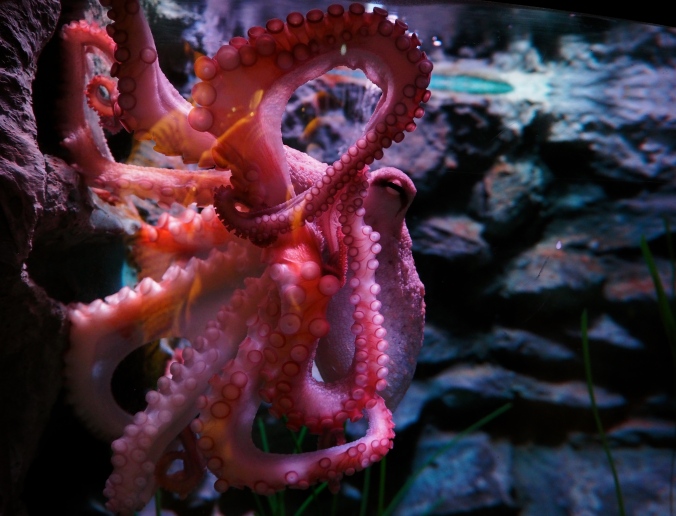 Time to head out in the cold again and while we were getting rugged up I did feel sorry for these guys – I suspect they could all do with a trip to the tropics!

10 thoughts on “A trip to the tropics in Helsinki”